Grant County has been served by the MEMS Ambulance Service of Little Rock. MEMS is organized as a city utility. They can't make money but they can't operate in the red either.  What that means for us is that they serve our residents with two vehicles parked in Sheridan ready to respond to an emergency at all times with other vehicles ready to respond as needed. We are on the verge of needing a third ambulance to be stationed in the county due to the number of runs made by the company. We have had as many as 6 ambulances in the county at one time serving the needs of our citizens.

Individuals are charged for ambulance services but without insurance they often are unable to pay, when that happens the county has to reimburse MEMS for that service. The county collects a small percentage (1/4% of one cent) from sales tax to pay for that service. A special election has been set for October 10th to continue that sales tax collection for the purpose of supporting the continuation of an ambulance service in the county and the ability to purchase needed equipment for our First Responders.

In a county, without a hospital and the nearest one being 25 to 40 miles away, an ambulance service is essential to gettting people to the hospital in an expedient manner in all cases of emergency. We need to continue to be able to provide this service to the people of Grant County and your VOTE on October 10th will be important in order to contineue the service.

Early voting will be held in the County Courthouse on the following dates, 8 a.m. thru 4:30 p.m. Days include: September 28, 29 and 30th. October 2, 3, 4, & 5th. The Courthouse will be closed during Timberfest so no voting will be allowed during that time.

Items that may be required of the homeowner....

Violations of the ordinance will be an unscheduled misdemeanor. The fine is $100 per occurrence. 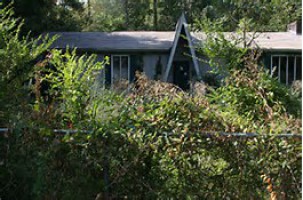 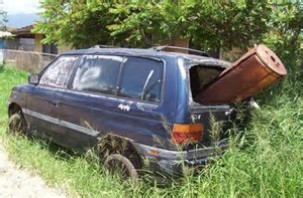