Arkansas Governor Asa Hutchinson signed into law revisions for the Arkansas Works program on Thursday (May 4) during a special legislative session he called on healthcare. Click on the bill number to read the complete version of Senate Bill 3.

Under the new special session amendment, 60,000 Arkansans will no longer be eligible for the Arkansas Works program. The bill restricts eligibility to those who make 100 percent or less of the federal poverty level rather than those making 138 percent as was previously the income elgibility.

Additionally, the amendment imposes a work requirement to certain individuals on the Arkansas Works program ” to encourage beneficiaries to work and to support beneficiaries in the process of returning to the workforce,” the bill states.

The amendment also mandates that the State Insurance Department and the Department of Workforce Services conduct a study on small employer health insurance coverage and release the findings by Oct. 1, 2018.

This revision will depend on additional reforms obtained from the federal level regarding the implementation of the Affordable Care Act.

The Arkansas State Legislature is allowed to refer up to three constitutional amendments to the ballot for each general election. During the 2017 legislative session, the state legislature referred two—a voter ID amendment and a cap on attorney's fees and lawsuit damages awards amendment. 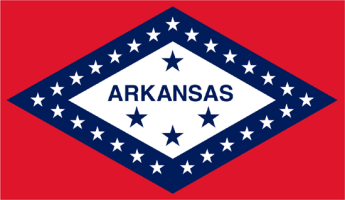