President Trump has promised to Repeal and Replace Obamacare (The Affordable Care Act).

The U. S. House passed their version of this called HR. 1628, The American Healthcare Act. It was passed without any budget projections from the Congressional Budget Office.

The Senate is still orking on their version of repeal and replace and have indicated that they won't use the House version already passed. The Senate appointed 12 men to work on details of their plan and this group has primarily worked independent of other Senators and the public.

Written copies of the bill were released just prior to the summer recess. Read the Senate Health Care Bill,  officially called the Better Healthcare Reconcilliation Act.

Senator Tom Cotton of Arkansas is among the 13 Republican Senators writing the Better Healthcare Reconcilliation Act. Governor Asa Hutchinson has gone on record saying the bill is not good for Arkansas and is quoted as to the cost to the state as a result of cuts to Medicaid programs and other provisions within the bill.

The Congressional Budget Office has estimated that 24 million people will lose their insurance as a result of the Better Healthcare Reconcilliation Act if passed.

The Senate bill did get the necessary 50 votes required under the Budget Reconcillation Act.

We Arkansans have worked diligently to adapt the Affordable Health Care Act for it to work for all Arkansans. This U. S. Senate bill woulds destroy all that and many Arkansans will lose their health insurance because of the deep cuts to Medicaid.

The Tax Reform Act included the Repeal of the Individual Mandate that required individuals to obtain health insurance. The Individual Mandate was included in the Affordable Health Care Act was designed to drive young folks into the insurance marketplace thus keeping insurance premiums at a low rate because of the size of insurnance pools. Young folks tend to go uninsured with the thought that they are healthly and won't need it, however when accidents and health crisis hit this population health care providers will be treating an uninsured population. Insurance premiums are expected to rise as a result of the insurance pools to be reduced in size and will have a loss of a healthy population.

Arkansas continues to wait on the requested waiver from the Trump administration to allow the state to reduce the Medicaid requirement of elgibility from 138% of poverty to only 100% of poverty. This will result in many losing health insurance now being provided thru the Arkansas Works program.

2018 will provide additional opportunities to learn and keep up with changes in healthcare policy. Stay tuned.....

You can contact your Arkansas Senators by going to the page on this website entitled Democracy - Let's Learn and Take Action. When you click on the Senator's name it will take you directly to their website contact page and allow you to send them an email.

TheTax Reform and Repeal Act passed the Congress at the end of 2017 without any public hearings and very little time for Congressman to even read the act. There are several links that will provide some information on this act below:

What the tax reform bill means for individuals - Journal of Accountancy

President Donald Trump issued his second travel ban for certain muslim countries by Executive Order. You can read the Executive Order on travel here. The Supreme Court has allowed that parts of the travel ban can take effect. 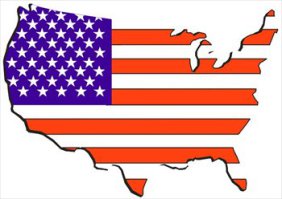